דף הביתמאמריםEconomicsStick with Your Concept but Do Your Homework

Stick with Your Concept but Do Your Homework

The new wordpress theme called Consulting WP has been lauded by critics for its presentation. The theme is made by Style Mix Themes, who have been key players in the theme industry for a long time. People were excited to see what they would come up with next; their specialty has always been designing industry specific themes. This time they have focused on the consultation industry and have hit a home run.

There are many great things within the theme which are the cause of its popularity. The biggest factor is the appearance of the theme; it disrupts theme design clichés without being unprofessional. The different possible color combinations are also being appreciated by many companies. The theme continues to rise in popularity and many other companies have expressed an interest in deploying it on their new websites. The creators of the theme are happy with the response and have vowed to create further themes exploring the same concepts 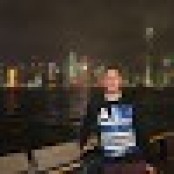